I’ve just spent the last week of August in The Cotswolds, with a family celebrating their parents 5oth wedding anniversary. They had their honeymoon in Burford, known as the gateway to the Cotswolds. Situated across 6 Counties but mainly Oxfordshire and Gloucestershire in Central Southern England. A gentle geography of rolling hills and meadows dotted with yellow limestone buildings and many meandering rivers, like the windrush flowing through Burford, are just a few of it’s delights. The source of the river Thames begins in The Cotswolds, with Seven Springs and Thames Head both claiming the title. 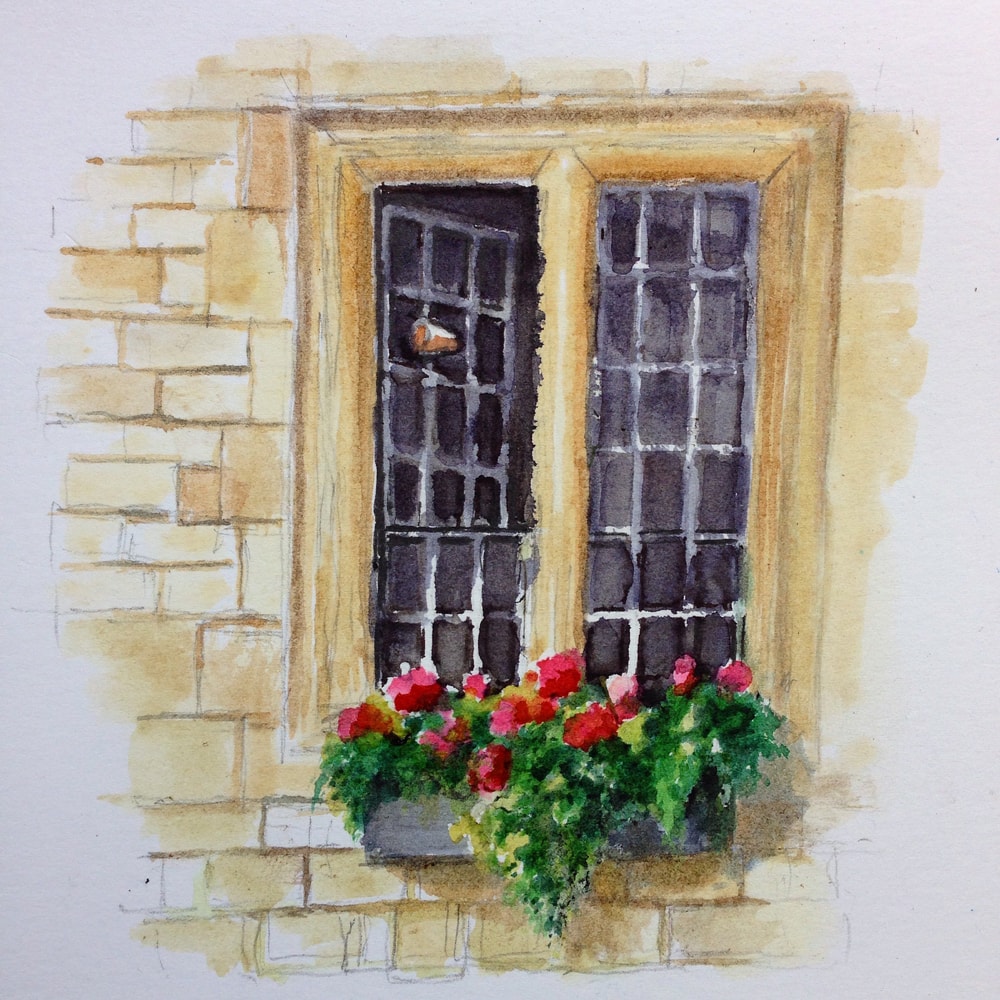 Legend has it that out of this window flew the cork from the first bottle of Champagne of the honeymoon into Burford high street. Retrieved by a kindly waiter for saving! 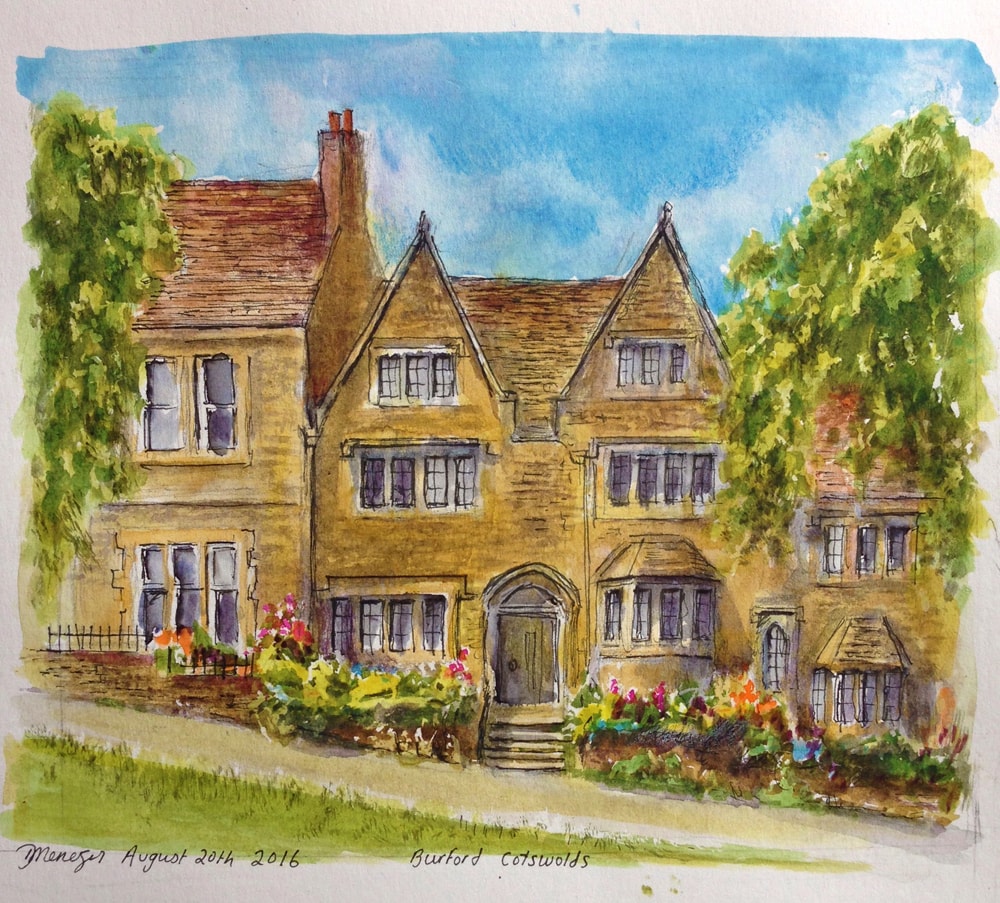 Burford high street is a mixture of Medieval and Tudor wool merchants houses and coaching inns. Which managed to escape the sweep of modernisation of the Victorian times. However it’s mainly thanks to William Morris and the Arts & Crafts movement, for it’s protection and partial re-modelling, to make it look like a medieval Cotswold wool town ought to look like. 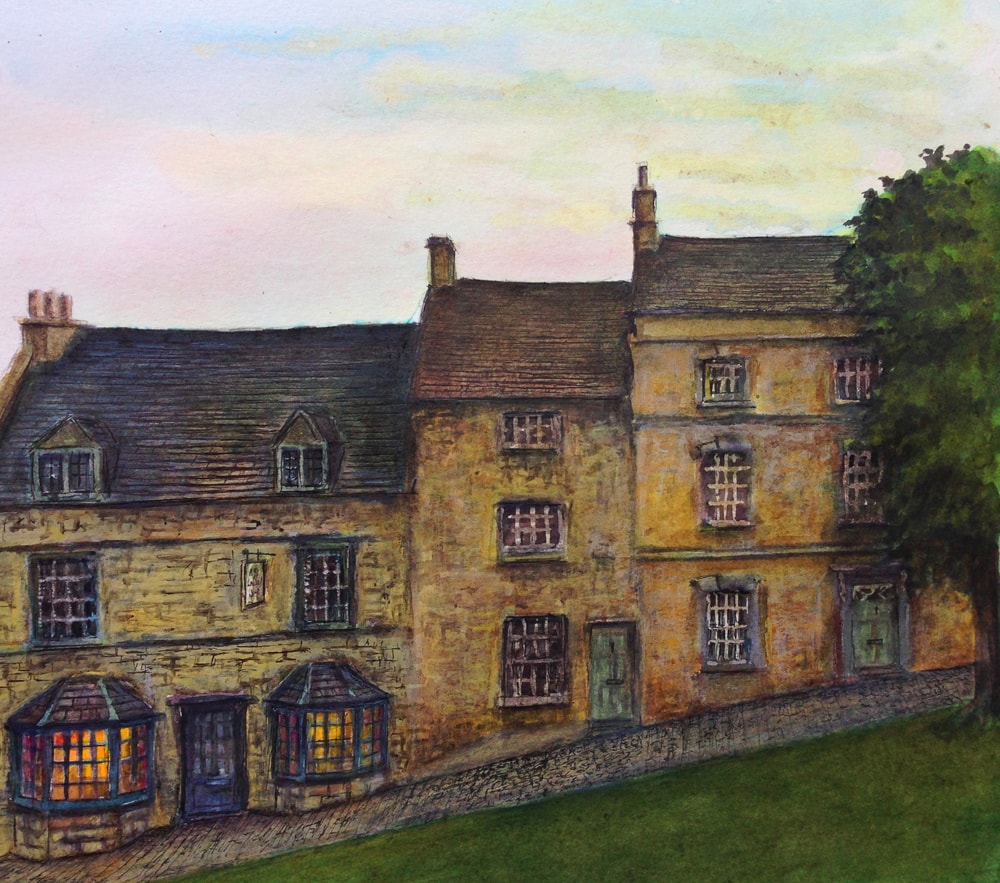 Sir Lawrence Tanfield  1551- Apr 1625  had a reputation, along with his wife, for wickedness. He was Lord of the Manor and one time owner of Burford Priory. A spectral coach with him, sometimes accompanied by his wife, has been sighted over the centuries blazing fire over the Burford rooftops. Every year on the 17th of May Burford remembers  the three soldiers  executed on Oliver Cromwell’s orders in Burford churchyard on that day back in 1649. They belonged to a movement popularly known as the Levellers, who believed in civil rights and religious tolerance. During the English Civil War, they fought on Parliament’s side. First seeing Cromwell as a liberator and then a dictator, they fought against him for their ideals. Cromwell’s troops, determined to crush them, captured 300 of them and locked them up in Burford Church, subsequently executing 3 of the ring leaders. Incidently the name of the Brighton band the ‘levellers’ is drawn from this period in English history. 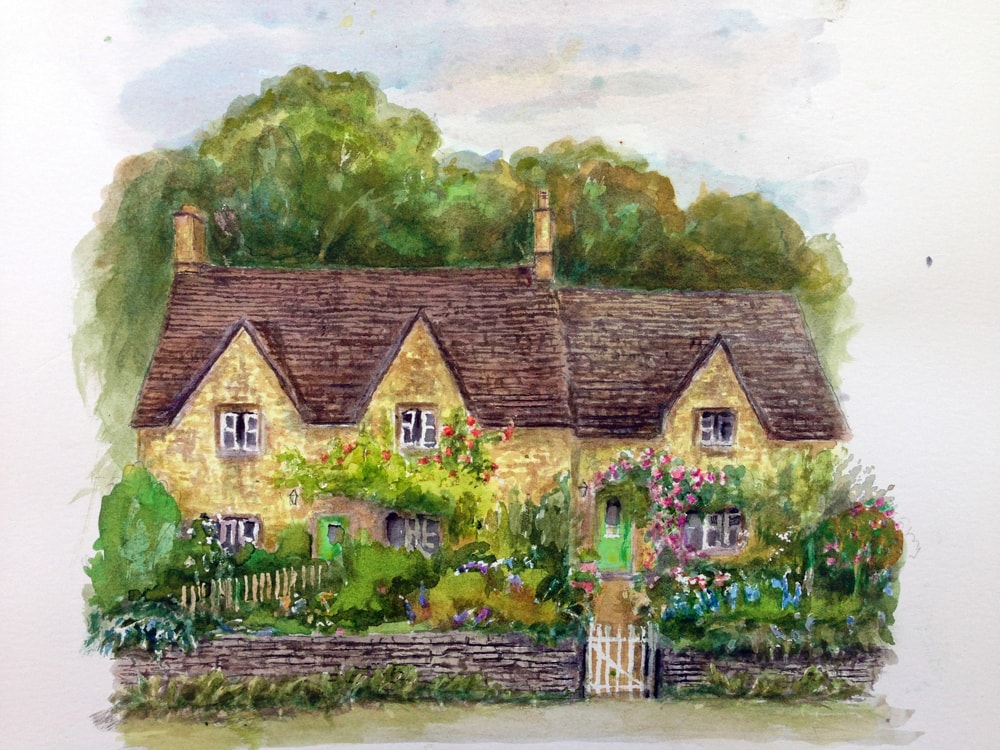 Bibury, a 10 mile journey from Burford didn’t disappoint. Clearly very popular with the Chinese and the wider world but unknown to me till now. William Morris described it as the most beautiful village in England and the Huffington Post called it “The Most Charming Village In Europe You’ll Want To Visit .” A must see are the Hobbit like cottages built in 1380,”Arlington Row”, one of the most photographed places in the UK. A little bit of trivia – turn to the inside cover of the new United Kingdom passports and you will see a beautiful watermarked image of Arlington Row. 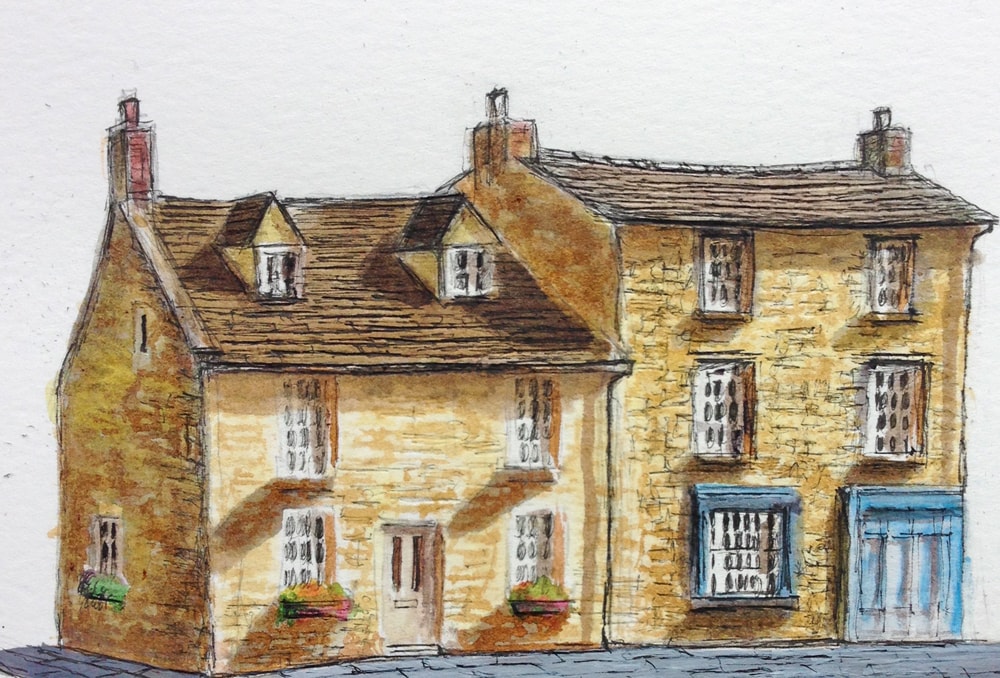 And finally this is where we stayed for the week, the building on the right ,”White Hart House” a grade II listed coach house on Witney Street, Burford.